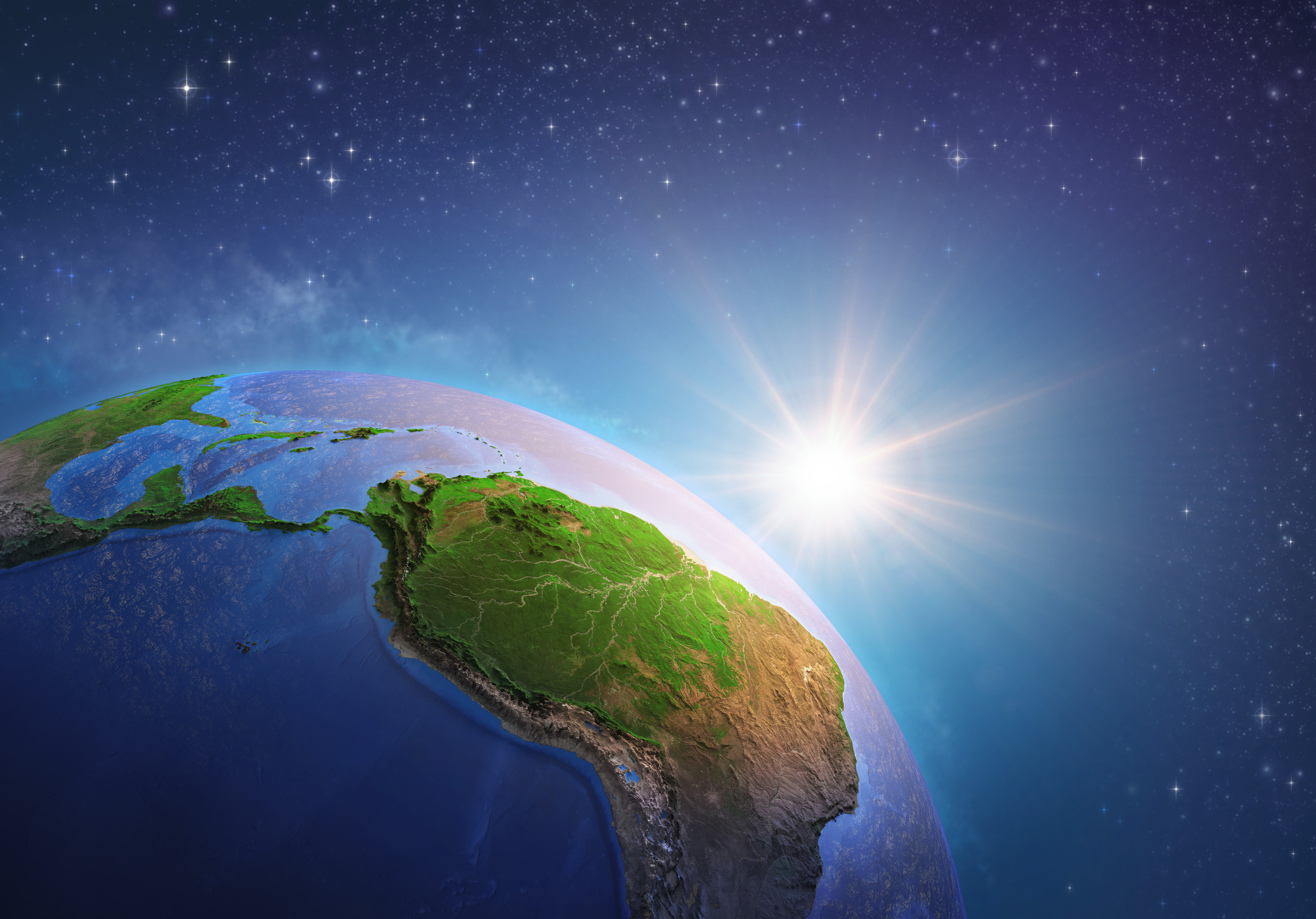 “Life can only be understood backwards; but it must be lived forwards.” – Søren Kierkegaard

As the wounded world hobbled into 2021, the specter of rising infection rates is encouragingly mitigated by welcome optimism surrounding the roll out of vaccines. Despite the unprecedented experiences, some things have not changed, including the quarterly unveiling of 13F filings data: US investors’ quarterly reports required by those who manage at least $100M of AUM. For companies with listings on the major US exchanges, this is  proof-positive validation that the smiles and praise during non-deal roadshows truly did translate into an ownership uptick. As most 2020 engagements were virtual, it’s particularly challenging to assess if the fund manager’s focus on your every word was the response to your CEO’s optimistic comment on buybacks, or actually to her need to understand the background neighborhood construction noise.

Studying the aggregate flows in and out of liquid ADRs, most of which are 13F-eligible securities, is a good way of gauging foreign investor interest in Latin America. Additionally, ADR owners remain mostly active and influenceable.   We therefore will take a moment to examine the ownership trends in ADRs during the first three quarters of 2020. To mitigate the impact of single investor moves in top-heavy ADR ownership lists, we restricted our analysis to companies that had at least 5% of their shares outstanding in ADRs at the end of 2019. Given that our key goal was to draw insights related to investor interest in specific countries, we included Argentina, Brazil, and Mexico only. All three of which had at least 10 ADR programs which met said 5% threshold.

Fig 1: How the 43 ADR programs we analyzed are split 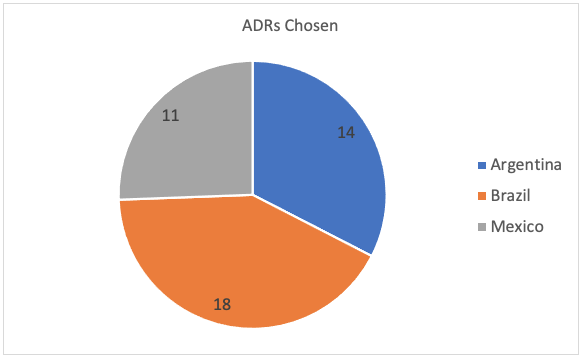 While COVID has not been kind to all three countries’ ADR prices, ADRs in Argentina suffered a loss of 54%, Brazilian and Mexican ADRs lost 48% and 38%, respectively.  The impact of COVID in Argentina was compounded by the lengthy recession with country default and significant currency devaluation. Despite median loss in ADR prices for Argentina and Brazil of just 6 percentage points apart, ownership in Brazilian companies was down just 2.3%, compared to a loss of 38.6% in Argentina. In Brazil we see six of the 18 ADRs gaining ownership. Compared to Argentina, Brazil’s larger and more diverse economy has weathered macro calamities better in recent times and this year appears to be no different.

In Mexico, eight of the 11 ADR programs showed a net gain in ADR ownership. As Figure 2 shows, Mexican ADRs make up about 26% of the average company’s share capital. This liquidity, joined with price outperformance, explain the growth in ADR ownership.

Argentinian ADR ownership by long-only investors has seen a decline of 5.2 percentage points (PP) but an increase of 5.1 PP in hedge fund ownership. This means 28% of the ADR ownership in Argentina is in the hands of hedge funds now (note of course that there are long-only hedge funds). Distribution patterns in the other two countries have remained largely the same and long-only funds dominate the institutional ownership in Brazil and Mexico. 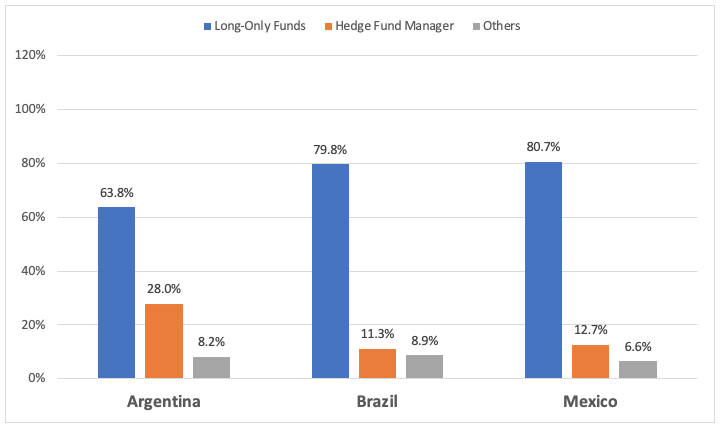 While all countries saw buyers of some ADRs and sellers of others, it is important to examine the balance of the number of shareholding positions that increased vs decreased. In Figure 4, a number above 100% indicates there were more buyers than sellers.

The figures for Argentina are not surprising given our prior discussion. For Brazil, we observe Private Banks/Wealth Managers were net buyers on 386 occasions compared to 341 times as net sellers. Notable names contributing to this are the private banking units at Goldman Sachs and Bank of America. 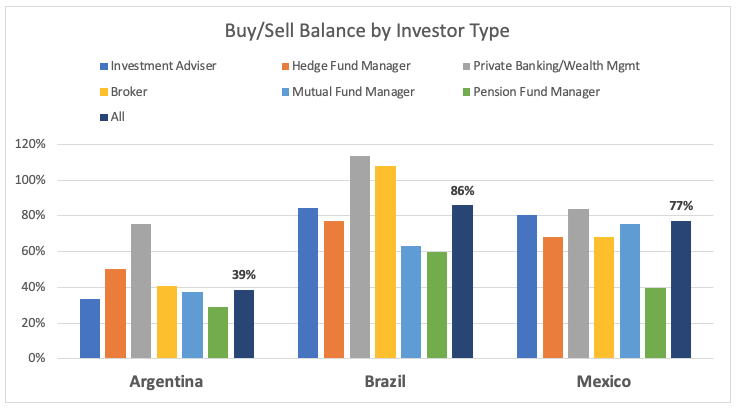 Brazil’s total Buy/Sell number is higher than Mexico’s despite the ADR price performance moving in the opposite direction (-48% vs -38%).

While hedge funds are active in Argentina, the liquidity in many of the Brazilian and Mexican ADRs is attracting short-term bets from prop trading desks and arbitrageurs that we see behind the Brokers category.

Companies with a liquid ADR listing tend to also have good liquidity in the home market listing. We tend to see large passive owners like BlackRock, Vanguard, and State Street own most of their LatAm holdings in the local share. Passive investors also tend to favor local shares because indexes are based on local shares and rarely on ADRs.  As a result, an Active vs. Passive analysis in just the ADRs will be misleading.

US shareholders tend to be overrepresented in ADR ownership, skewing regional analysis. But we did take a closer look to see if there was anything notable and there was not. For example, in Brazil the Buy/Sell balance among investors from US, UK, and Canada (the top three ADR-owning countries) were within one percentage point of the median of 86% for all investors.

Early in December JP Morgan predicted the iBovespa would end 2021 at 134,000. At December 30, it ended at 119,017, 11% short of the target. Given the cash that accumulated on the sidelines in 2020, we should be optimistic that emerging markets will benefit from this recovery. But Brazil’s rising fiscal deficit and debt concerns will be hurdles to overcome. This Bloomberg emerging market outlook for 2021 places Brazil second-to-last in terms of beating 2021 expectations among 17 top emerging markets picks based on 11 indicators of economic and financial performance. Goldman Sachs Group Inc.’s effective lockdown index, used in the Bloomberg study, shows that Mexico has huge upside potential in terms of economic activity catchup once lockdown ends.

Seasoned LatAm IROs know that macro-driven ups and downs are par for the course. But this year has been particularly challenging, as changes in guidance or buybacks/dividend policy are joined by the heightened concern on ESG/Sustainability issues with which companies are struggling to keep pace. As passive owners gain AUM market share, active managers are now forced to cut fees and/or merge.

Our important message: while passive investments are growing, ADR owners remain mostly active and influenceable. The cost of meeting shareholders and prospects has fallen dramatically, which is an exciting opportunity to increase your management’s interactions, also with a considerably broader audience.

For more information on how to design and execute an effective investor outreach program, contact: 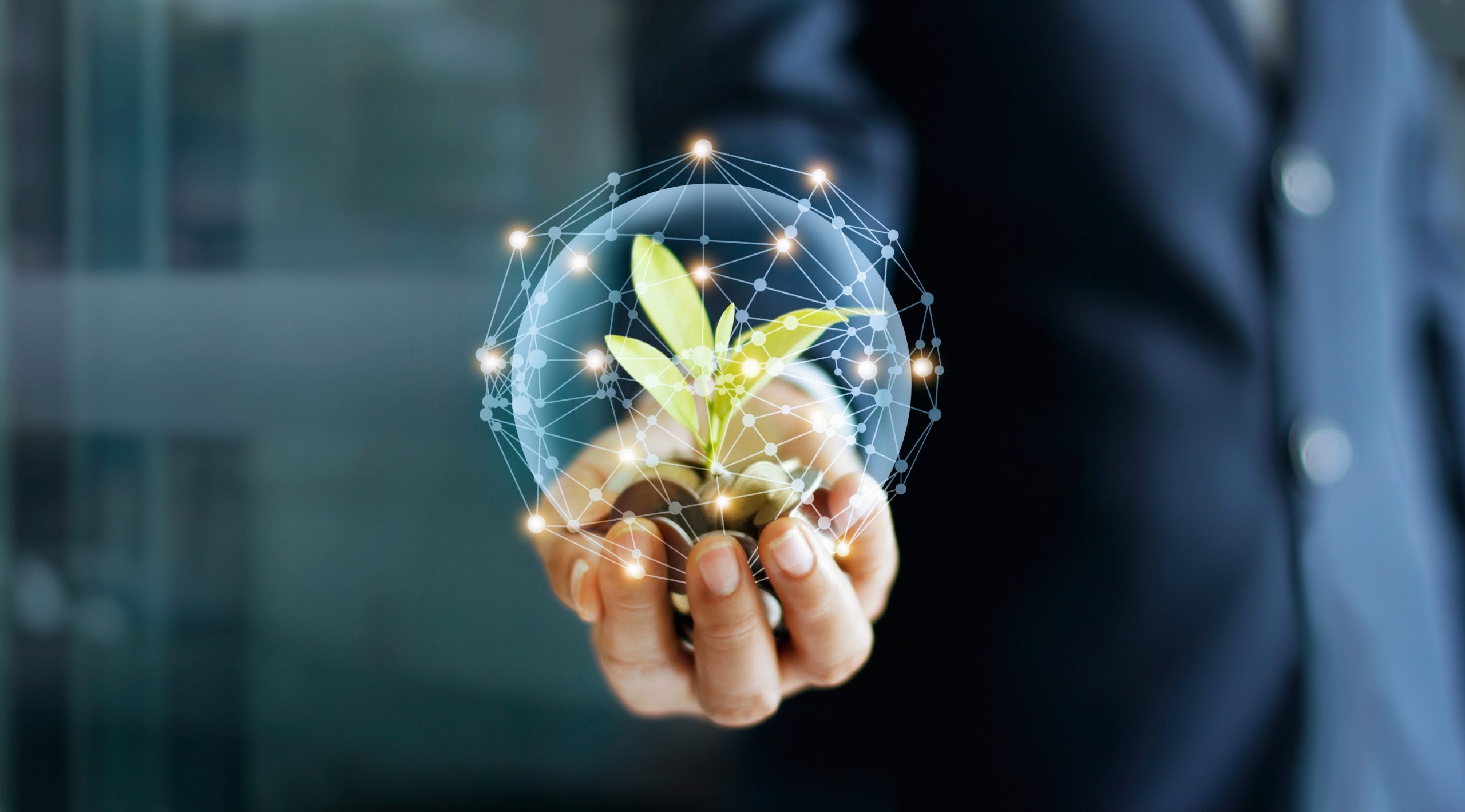